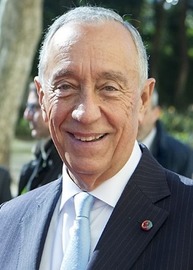 Marcelo Nuno Duarte Rebelo de Sousa is a Portuguese politician and academic. He is the 20th and current president of Portugal, since 9 March 2016. A member of the... Wikipedia